1857 - Under direction from Emperor Napoleon III construction of the road begins.

1864 - Road officially opens, though construction works continue for many years

1865 - The  Printemps department store is opened by Jules Jaluzot and Jean-Alfred Duclos, today it coninues to operate

1867 - The first section is completed, running up to where Chaussee d'Antin - La Fayette is today 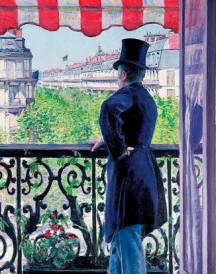 1904 - The Metro is directly connected to the Printemps department store

1905 - The Galeries Lafayette department store moves in to the road and their large store quickly becomes the flagship of the company and continues today.

1913 - The private house of Édouard André is bequeathed to the nation and becomes the Musée Jacquemart-André on the death of his wife Nélie, the well known painter.

1923 - The Metro Saint-Augustin on line 9 opens, the first metro for the Boulevard but not the last as the line continues to be extended until 10 years later it runs most of the length of the road.  Today there are plentiful Metro stations.

1926 - The last part of the boulevard, from Chaussee d'Antin - La Fayette through to Richelieu - Drouot is completed. Rebuilding works captured here in an early black and white film

1991 - Statue is erected to Baron Haussmann